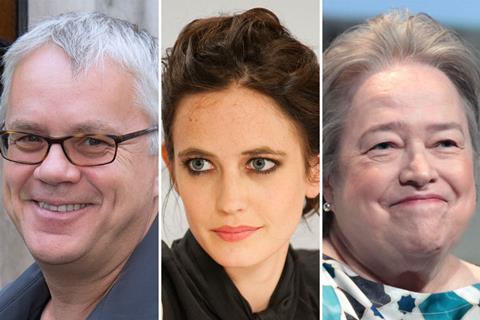 Dan Pringle is attached to direct from an original screenplay he wrote. Producers are Adam J. Merrifield from White Lantern Film and John Giwa-Amu from Red & Black Films, with executive producer Angus Finney.

The Exchange is handling worldwide sales and is talking to buyers about the film in Cannes.

A Patriot takes place in a future authoritarian state that has walled itself away from a world ravaged by climate chaos and resource wars. The story follows an unquestioning Border Corp Captain — played by Green — as she fights to defend the purity of the population, until a chance discovery makes her doubt the authorities she has pledged her allegiance and life to protect.

Producer John Giwa-Amu from Red & Black Films said: “We are thrilled to be working with dynamic new equity players Texit films and the well-established team at U Media to complete the equity financing of A Patriot this week.”

Director Dan Pringle added: “Tim [Robbins] is an icon of cinema who possesses a striking versatility.”